The nature of sex scandals has changed since the first days of the nation’s founding four centuries ago. Barack Obama, the child of an inter-racial marriage, is president; Ronald Reagan, a divorcee, was elected president; Thomas Jefferson’s relation with Sally Hemings or John Kennedy’s affairs with Marilyn Monroe and many others are part of presidential lore; and Bill Clinton’s “sex” with Monica Lewinsky was a political and not a sex scandal. Sex and sex scandals have changed as the nation changed and Sex Scandal America considers the social function of sex scandal and how this function has changed since America’s founding.

"Business must learn the lesson . . . that political power is necessary," so advised future Supreme Court Justice Lewis Powell. His memo helped launch the counterrevolution to the tumultuous 1960s. … END_OF_DOCUMENT_TOKEN_TO_BE_REPLACED

With a Democratic shift, the Federal Trade Commission is finally in a position to tackle the internet monopolies it helped create. Read more. … END_OF_DOCUMENT_TOKEN_TO_BE_REPLACED 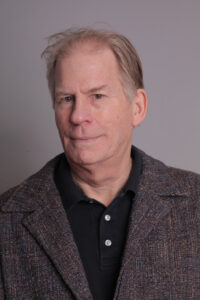